The fifteenth century was the “Renaissance” for some in Europe, but still the Middle Ages for remote places like Britain. Either way, it was a period of experimentation in equitation and its furniture. This process has been attributed to developments in armour, specifically in more enclosing plate leg armour.1 The seat was raised allowing a straighter leg to accommodate such leg-harness, and the high, medieval winged cantle was lowered and/or angled from the vertical in order not to conflict with the rigid back-plate that had replaced the flexible brigandine armour of the fourteenth century.

The best known surviving saddles of this century are extravangant parade seats constructed in a distinctive way that is not derived from the most common methods of the Middle Ages. (Such as the Order of the Dragon saddle in the Royal Armouries Museum, Leeds) Less well known examples, and some excellent pictorial sources, show structures which are clearly incremental developments from the long-established mediaeval methods of construction.

One of the most influential sources for my version is a detail from the Falconry panel of the Devonshire Hunting Tapestries, made in the Netherlands between 1435 and 1445, and now in the Victoria and Albert Museum, London. Near the left edge, a groom adjusts the saddle on a horse that faces away from the viewer. As he lifts the seat, we can clearly see the separate side bars, with padding below and bare wood above. The bare wood continues on the outer face of the cantle, and an extremely helpful detail is the buttresses that support the slope of the cantle. When I first set out to build such a saddle I did it just as it seems to be shown here, with the curvature of the cantle board in the horizontal plane. I rapidly decided it could not be right, and reverted to the earlier universal construction with the winged cantle board curved in the vertical plane, although sloped backward, rather than the true vertical shown so widely in pictures from the twelfth century onward. That cetainly does work, and is consistent with many another fifteenth-century picture. 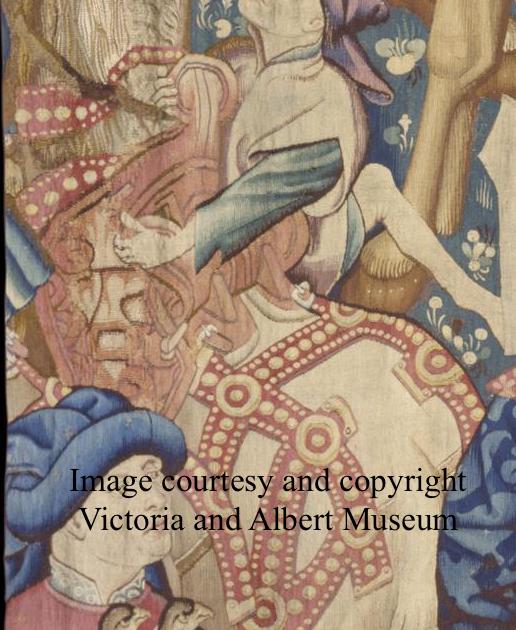 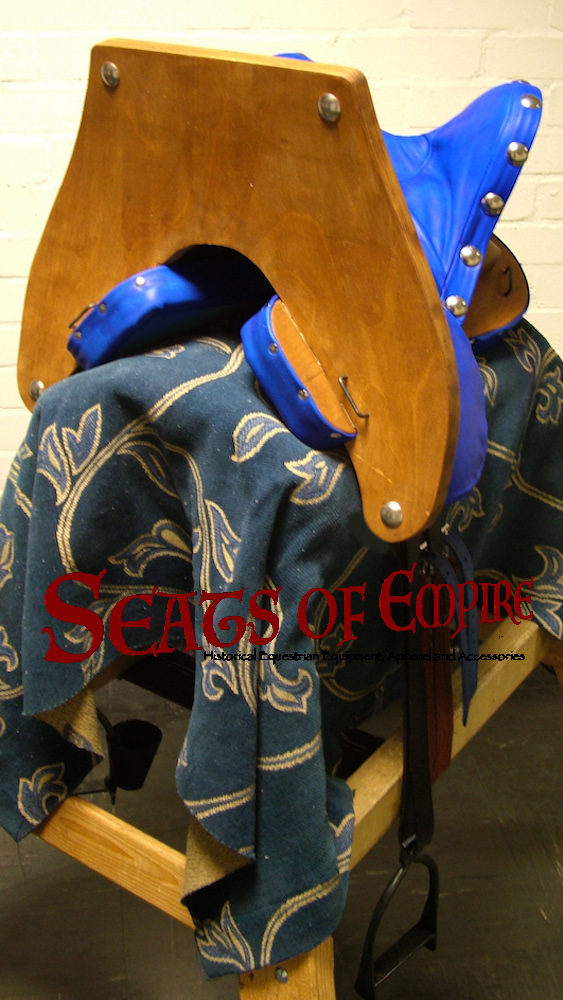 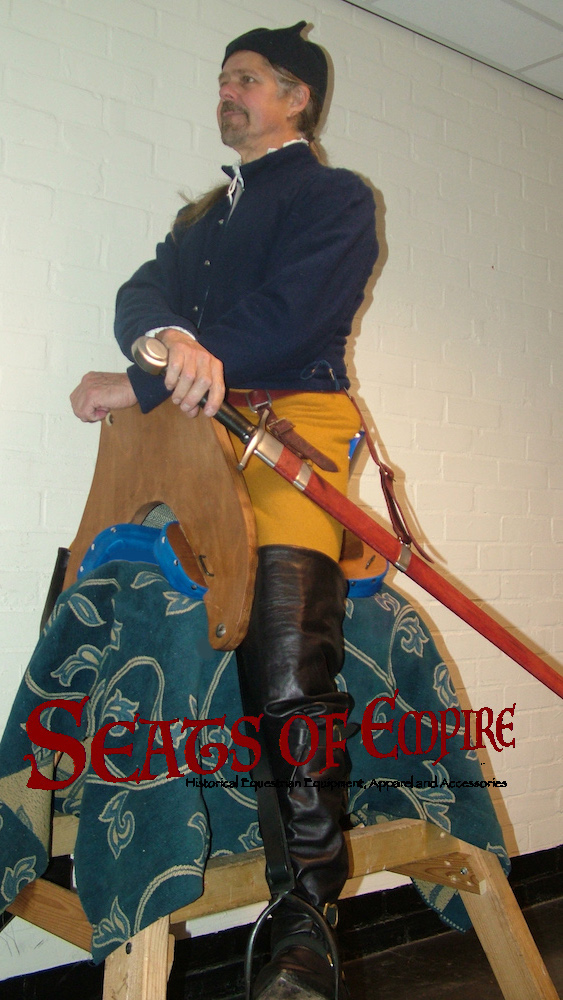 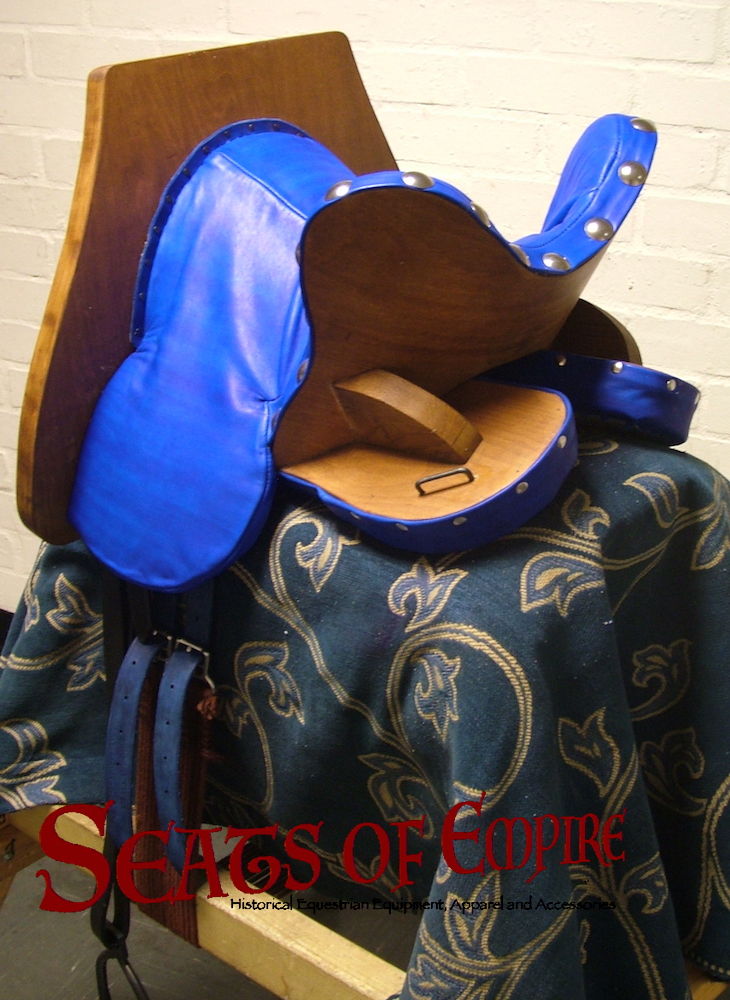 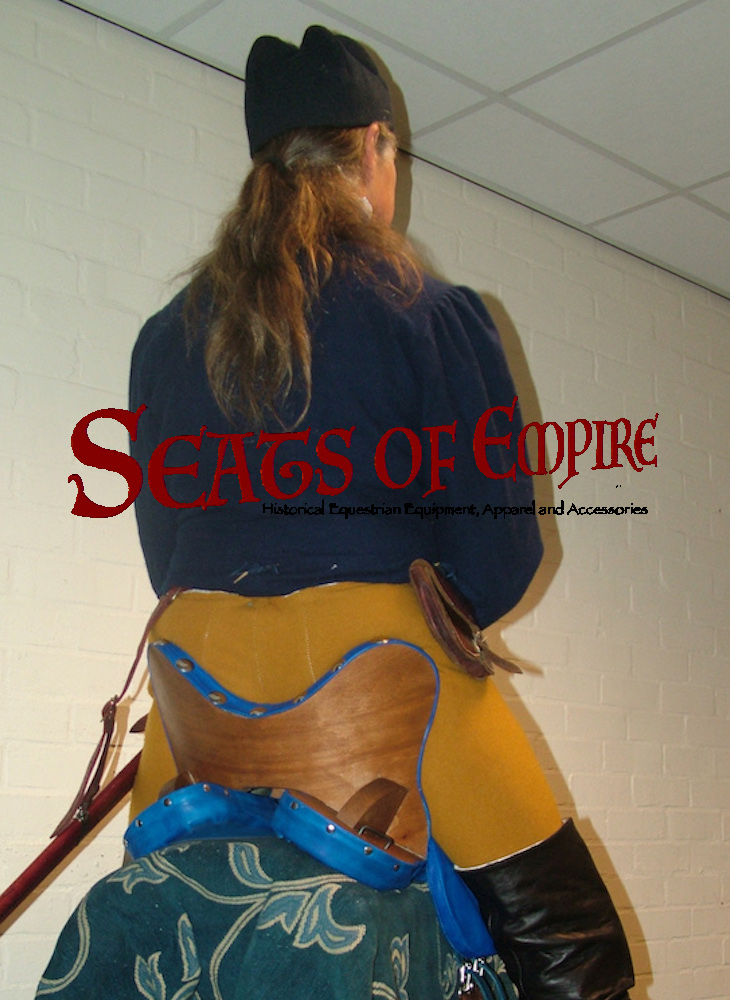